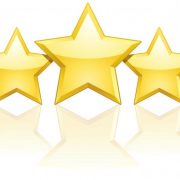 Technology has come a long way since Back to The Future II first appear on the big screen although we are still far from flying around on ‘real’ hoverboards.

But what does it take to have a ‘real’ hoverboard?

According to this video all it takes is a replica of the hoverboard in the movie and a bit of street magic. People are amazed in this one and from the video you have to admit it’s an impressive stunt. Check out the video below.

Build Your Own Hoverboard

Since we are on the topic of ‘Real’ Hoverboards, ever thought of how to get your hands on one?

There have been many attempts at producing ‘Real’ Hoverboards that actually fly, but what about making your own?

The Backyard Scientist whose YouTube channel is packed with all types of adventurous science experiments built his very own Hoverboard using only Styrofoam, a wooden board and three blocks of dry ice.

Does it work? You might ask. “It worked a lot better than I expected” stays the YouTuber.

“It was even so slippery, it was hard to stay on sometimes.” he says.

It may not be much to look at, but the D.I.Y Hoverboard actually hovers off the ground, albeit by millimetres.

“I would consider this a real Hoverboard because the dry ice is not in contact with the surface.” Says the Backyard Scientist.

“There is actually a very thin layer of gas between the two surfaces.”

The board glides perfectly over flat, smooth surfaces, but over uneven surfaces it will slow down as the dry ice makes contact with the ground.

The science behind it is known as sublimation, in which the dry ice changes state from solid to vapour, creating a layer of gas on which the board can hover and glide.

But before you go trying this for yourself, take note that the temperature of dry ice is around -79OC and even touching dry ice can you instant frostbite which is as bad as a burn.

We don’t recommend you try this at home but check out the cool video.