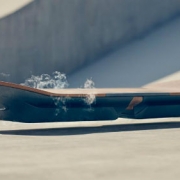 What’s in future for Hoverboards? Well, Hoverboards haven’t been out long. Due to this, we aren’t at the stage of the models envisaged in Back to the Future. But here’s some to look out for!

Here at HOVERBOARD PRO, we are always looking in to the future. We often consider what new products might be that may hit the online stores for all our loving customers. Companies have their own take on the revolutionary product and how they can get an advantage over other players in the market.

The idea of the Hoverboard has not been around for too long. Therefore, we aren’t quite at the stage of the models envisaged in Back to the Future. However, Providing that Hoverboards continue to meet regulations and are safe to use for all, there is the chance that we could see some pretty wacky (and futuristic ideas) in the near future.

Want more information about the future for Hoverboards? If so, please contact us.

The LEXUS AIRBOARD: You may have seen this when you have been scanning the internet. Lexus have invested huge sums of money in developing an actual Hoverboard. The thing is, whilst we determine Hoverboards as using gyroscopic technology to allow the user to role, the project team at Lexus has collaborated with a team of experts in super-conductive technology to build an actual, working, real-life Hoverboard. The product achieves magnetic levitation by using liquid nitrogen-cooled super-conductors and permanent magnets to give the product the ability to levitate just inches from the ground.

The downside is that the magnets need to be embedded into the floor for the Airboard to work effectively. Lexus are masterminds of using cross-functional technology. A lot of materials and software used to develop their range of cars can more than likely be found in the new Airboard that the company has been developing.

Unfortunately, the Airboard was only made as a one-off. Maybe Lexus took the same approach as Bugatti when they developed the Veyron. It may have been a case of just seeing if it was possible to develop the product as opposed to wanting to generate profitability from it.

The VaporWare Hoverboard; A company that has taken a completely different approach to that of Lexus is the ARCA Space Corporation. Whilst Lexus may have used complicated physics to develop their product, the VaporWare Hoverboard uses slightly more simplistic, yet all the more effective technology.

Instead of using complicated quantum levitation, the Vaporware Hoverboard uses 36 electric fans, producing the power of 272 horses to allow the board to levitate; an added benefit over the Lexus Airboard since it doesn’t need a designated path of magnets for it to work. The Hoverboard can be driven by using your Smartphone, or if you are feeling particularly confident, the stabilisation system can be disabled so that the user’s body weight is used to steer.

It would be safe to say that the Hoverboard has fairly limited battery life. It takes 6 hours to fully charge the board, all for the enjoyment of 6 minutes on the board at a software limited top speed of 12.5mph. What’s more is that for anyone tempted to make a purchase, it would set you back a staggering $19,900!

The Water Flyboard; Something that is a little more off the cuff is the adaptation of the Hoverboard so that they can effectively work on the water – step in the flyboard. Back in 2014, French Jet Ski champion Franky Zapata developed a water able Hoverboard. The Hoverboard is attached to a hose which develops enough power and thrust to allow the user to complete tricks and somersaults in the air.

It isn’t for the faint-hearted however. Customers need an hour’s practice with a trained member of staff to gain the full benefits of the board. It may also burn a bit of a hole in the customer’s pocket. The water Flyboard will set you back about £1500. So do the research and make sure there is plenty of water nearby if you want to purchase one!

Would you like more information about the Future for HOVERBOARDS? if so, please get in touch by calling 0113 320 2299. Our telephone lines are open 24/7!

The Flyboard Air; This is most certainly the craziest idea that we have seen when it comes to the future for Hoverboards! George Zapata thought that he would go one better than his water Flyboard and has instead developed the Flyboard Air. The hose attached to the water Flyboard has been ditched for its own jet turbine, which unbelievably, allows the user to cruise in the air!

Surely this is the closest we are to actually having access to a fully functioning Hoverboard. Just like the one from Back to the Future. Looking into a bit more information on the product, there are hints and whispers that the fly board could in fact reach heights of 10000 ft and almost reach 100 miles per hour. Of course, until the Flyboard Air has been thoroughly tried, the board is currently only being tested over water to minimise the dangers in case of failure. Don’t believe us? Check out the YouTube video below to see the Flyboard Air in action:

Maybe making Hoverboards illegal for public transportation was a good idea. Otherwise we may never see some of the ideas that are developing in over the years. You never know, In 20 years from now we all could have ditched motorbikes and other means of transport for the Flyboard Air!

Want more information about the future for Hoverboards? If so, please contact us.

View our full range of Hoverboards at our online shop HERE.

Want to read similar articles like the ‘Future for HOVERBOARDS’? if so, take a look at our Hoverboard News posts below: